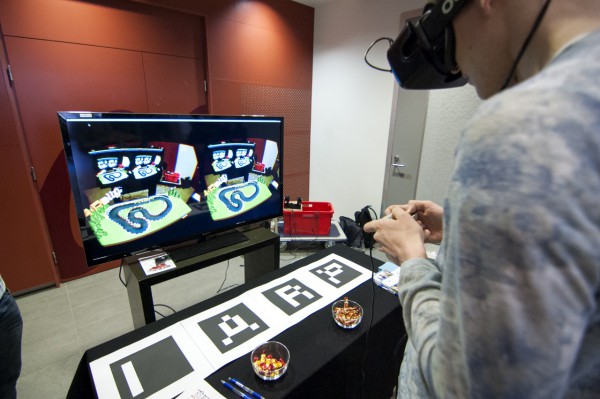 Immersive Augmented Reality Platform (IARP) was a student project carried out by a group of six University of Turku students during the winter of 2014-2015. The purpose of the project was to learn more about immersive augmented reality in general and to design means to demonstrate and study the possibilities and problems with current technology to achieve immersive augmented reality.

Oculus Rift DK2 VR glasses and Ovrvision stereo camera were used with a laptop. A mobile version was also created where said hardware was strapped to a MOLLE-compatible vest along with an extra battery solution. Software was built using the Unity game engine in conjunction with Oculus Rift and Ovrvision Unity plugins. The combination of hardware and software proved that immersive augmented reality is already possible at affordable prices.

A game was built for ICT Showroom 2015, an annual showcase event that was hosted as a part of the Turku ICT Week 2015. A-Rally, the demonstration for our project, was crowned as the public favourite in all categories (best technical design and best presentation). This implies that immersive augmented reality has major opportunities in the future of the entertainment industry, not just in industrial applications. 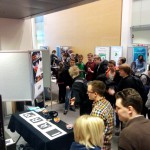