In 1588, King Johan III ordered a new church to be built for the Finnish-speaking residents of Turku. The intention was to reserve the existing cathedral for Swedish-speaking congregation only. The new building, however, suffered severe damage in a fire in 1593. It was used afterwards as a cemetery for a great number of local maids, servants and other townspeople.  The church remains were eventually demolished in the 1650s, to make way for a new street plan of the town. 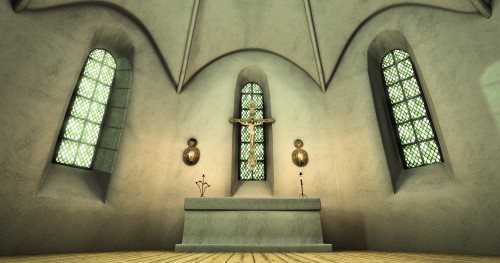 In archaeological excavations starting 1983, the ruins were revealed, and a chapel was constructed within them. The Holy Ghost Chapel now holds the bones of more than 600 deceased that were found in the excavations and re-buried there. Archaeological research of the church ruins was led by Adjunct Professor Kari Uotila from Muuritutkimus company. His team’s work has given the shape for the church, very little archival material of which remains.

The virtual church application is based on the Unity game engine. It can be downloaded free of charge for iOS and Android tablets.

We thank Muuritutkimus and Casagrandentalo for their support in the project. 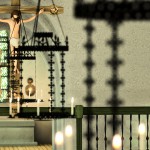 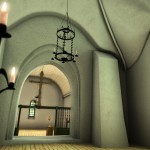 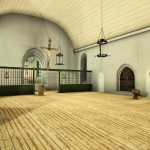 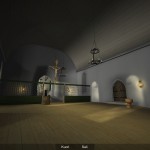 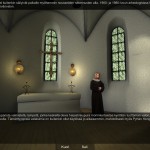